To contact anyone on the board, you may email witesolboard@gmail.com and your message will be forwarded on.

Kari Johnson has been teaching in the School District of Fort Atkinson as an elementary EL teacher since 2006.  She earned both her bachelor’s and master’s degrees from UW-Whitewater. Kari holds teaching licenses for Elementary/Middle Education and English as a Second Language. In addition to maintaining the WITESOL website and social media sites, Kari monitors the organization’s email account.  She is also the membership secretary. 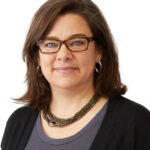 Heather A. Linville, Ph.D., is Associate Professor and TESOL Director at the University of Wisconsin, La Crosse. Heather prepares future teachers to work equitably and effectively with English learners in all teaching contexts. Heather has several publications, including most recently the co-edited volume (with James Whiting) Advocacy in English Language Teaching and Learning (Routledge, 2019). Her research interests include advocacy, critical language awareness, and social justice for ELs. She has traveled and worked in Chile, China, Indonesia, Japan, Mexico, and Panama. 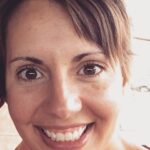 Tracey Koeppen is currently an EL teacher at an elementary and middle school in the School District of Fort Atkinson. Previously, Tracey worked at an elementary school in the Janesville School District. She has seven years of experience as an EL teacher, but 21 years of experience as a teacher. She joined WITESOL to help build a community of support and to continue to grow as a professional.

Catherine Wilson has been teaching at Fort Atkinson High School as an EL teacher since 2016.  Before teaching full time, Catherine worked in Sheboygan Falls Elementary School with EL students on a part-time basis.  She has also taught overseas in Kazakhstan where she learned Russian as a second language. 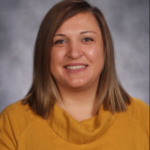 Natalija Krsteva is a Bilingual Resource Teacher at the Verona Area High School. She works primarily with students who have recently arrived in the United States. Previously, she worked as a tutor for international students at UW-Whitewater. Natalija earned her bachelor’s degree from UW-Whitewater and holds teaching licenses in English Ed., ESL, and Spanish Ed. Natalija is passionate about working with EL students since she also learned English as a second language. In addition to English, she also speaks Macedonian and Spanish. Her goal is to provide equitable educational opportunities for multilingual students and improve the quality of the ESL and Bilingual/Bicultural Education programs. 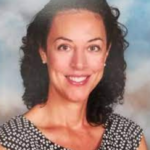 Marcia Mihdawi is a 20 year teaching veteran who has taught in several states and overseas. Her experience is primarily in grades K-8, but she also taught in the College of Education at the University of Wisconsin-Milwaukee. The theme in her career is that her life experience, as a daughter of refugees, positions her uniquely to understand students of ALL backgrounds, cultures, and circumstances. She is firmly committed to a pedagogy and curricula that affirm diversity, equity, and inclusion. Mrs. Mihdawi works as a Middle School EL Specialist and would like to contribute to the WITESOL professional community. 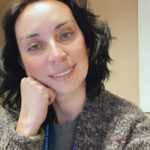 Ina Riehle has been teaching English Learners at Northcentral Technical College in Wausau since 2004. She has taught all levels of ELL classes. Ina earned both her bachelors and masters in TEFL from Minsk State Linguistic University in Belarus. She speaks several languages including Russian, Belarusian, Ukrainian, German, and Polish. She also holds teaching licenses for German at the Elementary/Middle school level and English as a Second Language. Ina lives in Edgar with her ​husband and two teenage children.

Maria Varela has a MEDCI specializing in TESOL and has been teaching English Learners since 2009. Her experience includes teaching ESL to adults in partnership with MATC as well as owning an ESL tutoring company in Argentina. Currently, she is the ESL Program Coordinator and EL Teacher Specialist at Zablocki Community School in Milwaukee.  Ms. Varela works with a large newcomer & refugee population and has created successful community partnerships and a Welcoming System that addresses the needs of this particular group.